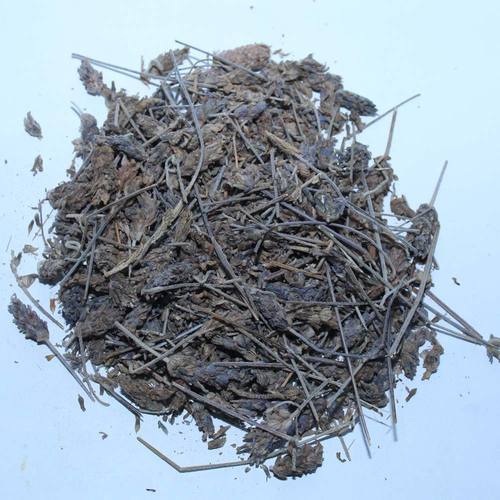 It is a fragrant herb 0.6-0.9 m high , having sessile and oblong- linear leaves , and small and dark purple flowers in dense and short peduncled spikes. It has an agreeable odour resembling that of true lavender i.e Lavendula angustifolia syn Lavendula officinalis.

The plant with flowers or leaves and flowers are cephalic, resolvent , deobstruent and carminative. Hence it is effectively prescribed in intestinal colic and chest affections.

It is diaphoretic,expectorant,anti-spasmodic, phlegmagogue, melangogue and emmenagogue. As such , it  is usually used in the disease of brain and nerves e.g paralysis and facial paralysis , laryngitis , bronchitis , bronchial asthma and chronic headache including migraine.

The plant is considered and named as ‘ the broom of the brain.’ it sweeps or washes out all impurities and cruditiesfrom brain and improves the intellect.

Externally, flowers are used for fomentation as a single drug remedy or in  combination with camomile flowers , butea flowers and trigonella pods etc. To relieve rheumatic and neuralgic pains.

It is reslovent , attenunat, deobstruent and sedative for neuralgias. Useful in cold neurlogical disorders and also in melancholia and epilepsy. Stengthens the renal system and expels phlegm and black bile.