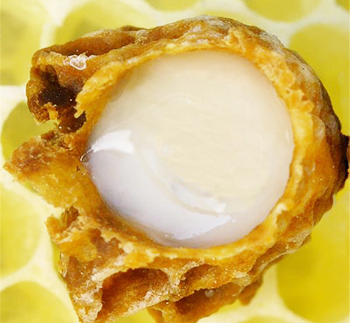 Some people apply royal jelly directly to the skin as a tonic or to the scalp to encouragehair growth.
Benefits of Royal Jelly
Graves Disease :Royal jelly is believed to be potentially beneficial to patients with Graves’ disease.

Brain Health
One study found that royal jelly has the ability to stimulate the growth of neural stem cells and glial cells in the brain, which may mean that it can help prevent diseases such as Alzheimer’s and Parkinson’s disease.
Cholesterol: Studies have found that royal jelly has the ability to lower total serum cholesterol levels in people with moderately elevated cholesterol levels.
Anti-Aging:It is believed to have anti-aging properties, improving collagen production in skin and overall youthfulness.
Anti-Inflammatory: It has been shown to have anti-inflammatory properties when ingested and when applied topically.

Research has found that royal jelly has wound healing properties when applied topically to the skin.