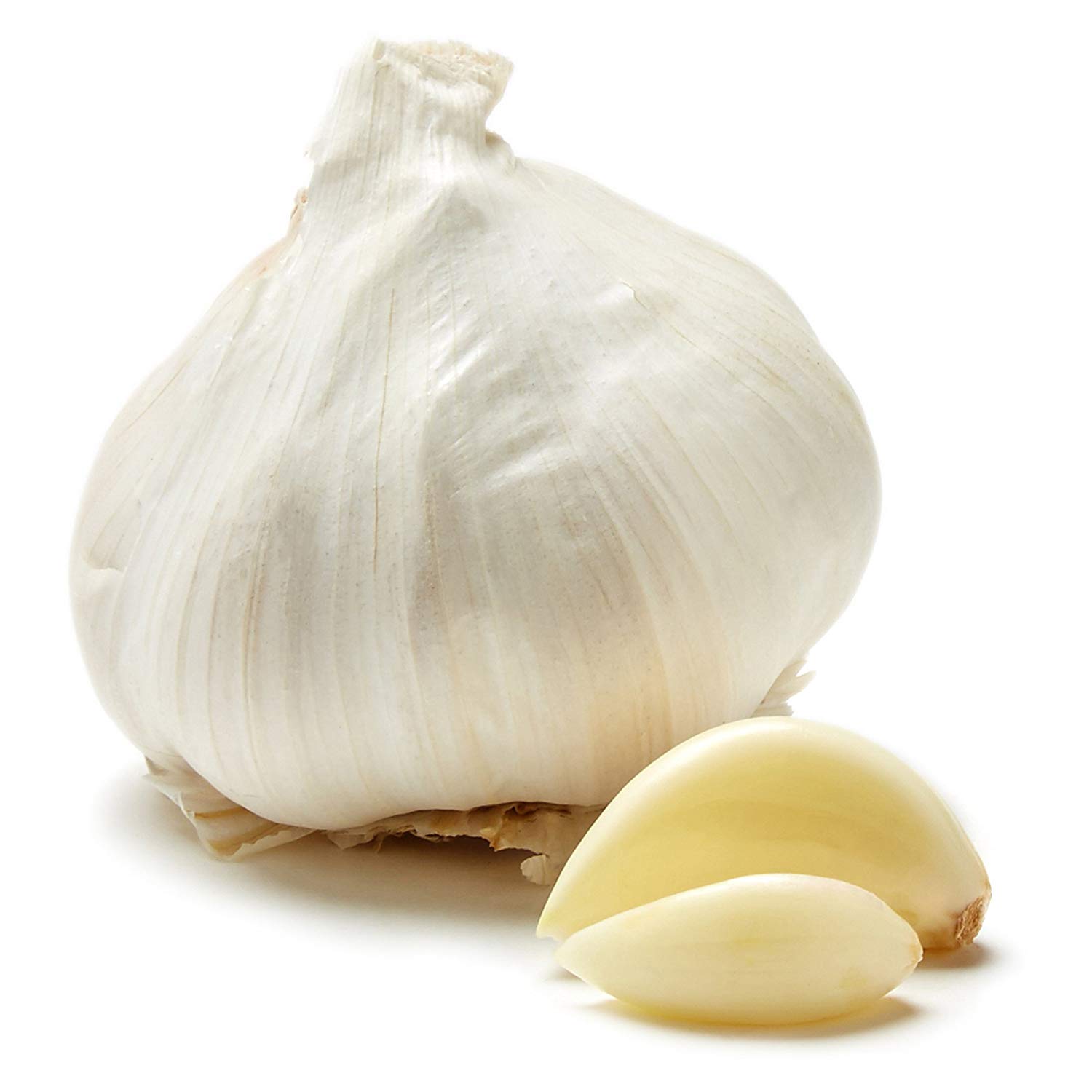 Garlic is an herb. It is best known as a flavoring for food.

It is one of Mother Nature’s most precious gift to cook.

Garlic is one of the most versatile flavors to ever grace a kitchen.

It not only tastes wonderful, it’s very good for your body.

Garlic has been used as a medicine to prevent or treat a wide range of diseases and conditions.

The fresh clove or supplements made from the clove are used for medicine.

Garlic is used for many conditions related to the heart and blood system. These conditions include:-

Atherosclerosis (hardening of the arteries)

Garlic actually may be effective in slowing the development of atherosclerosis and seems to be able to modestly reduce blood pressure.

Some people use garlic to prevent:-

It is also used for building the immune system, preventing tick bites, and preventing and treating bacterial and fungal infections.

Other uses include treatment of :-

It is also used for fighting stress and fatigue, and maintaining healthy liver function

.Some people apply garlic oil to their skin to treat fungal infections, warts, and corns (but the effectiveness of garlic against warts and corns is still uncertain)

There is some evidence supporting the topical use of garlic for fungal infections like ringworm, jock itch, and athlete’s foot.

The active ingredient i.e Allicin amt and garlic odour varies depending on its methods of preparations.

Allicin is unstable, and changes into a different chemical rather quickly.

Some products have a coating (enteric coating) to protect them against attack by stomach acids.

Some scientists have suggested that it might have a role as a food additive to prevent food poisoning.

There is some evidence that fresh garlic, but not aged garlic, can kill certain bacteria such as

BENEFITS OF GARLIC
LUNG CANCER RISK
People who ate raw garlic at least twice a week had a 44% lower risk of developing lung cancer, according to a study carried out at the Jiangsu Provincial Center for Disease Control and Prevention in China.

The researchers, who published their study in the journal Cancer Prevention Research, had carried out face-to-face interviews with 1,424 lung cancer patients as well as 4,543 healthy individuals. They were asked about their diet and lifestyle habits, which included questions on their smoking habits and how often they ate garlic.

The study authors wrote “Protective association between intake of raw garlic and lung cancer has been observed with a dose-response pattern, suggesting that garlic may potentially serve as a chemo-preventive agent for lung cancer.”

Organo-sulfur compounds found in garlic have been identified as effective in destroying the cells in Glioblastomas( a type of deadly brain tumor).

Scientists at the Medical University of South Carolina reported in the journal Cancer that three pure organo-sulfur compounds from garlic – DAS, DADS and DATS – “demonstrated efficacy in eradicating brain cancer cells, but DATS proved to be the most effective”.

Women whose diets were rich in allium vegetables had lower levels of osteoarthritis, a team at King’s College London and the University of East Anglia, both in England, reported in the journal BMC Musculoskeletal Disorders. Examples of allium vegetables include garlic, leeks, shallots, onions and rakkyo.
The study authors said their findings not only highlighted the possible impact of diet on osteoarthritis outcomes, but also demonstrated the potential for using compounds that exist in garlic to develop treatments for the condition.
The long-term study, involving more than 1,000 healthy female twins, found that those whose dietary habits included plenty of fruit and vegetables, “particularly alliums such as garlic”, had fewer signs of early osteoarthritis in the hip joint.

POTENTIALLY A POWER ANTIBIOTIC
Diallyl sulfide, a compound in garlic, was 100 times more effective than two popular antibiotics in fighting the Campylobacter bacterium, according to a study published in the Journal of Antimicrobial

The Campylobacter bacterium is one of the most common causes of intestinal infections.Senior author, Dr. Xiaonan Lu, from Washington State University, said “This work is very exciting to me because it shows that this compound has the potential to reduce disease-causing bacteria in the
environment and in our food supply.”

HEART PROTECTION
Diallyl trisulfide, a component of garlic oil, helps protect the heart during cardiac surgery and after a heart attack, researchers at Emory University School of Medicine found.

They also believe diallyltrisulfide could be used as a treatment for heart failure.

Hydrogen sulfide gas has been shown to protect the heart from damage. However, it is a volatile compound and difficult to deliver as therapy. Hence, the scientists decided to focus on diallyl trisulfide, a garlic oil component, as a safer way to deliver the benefits of hydrogen sulfide to the heart.
In animal experiments using laboratory mice, the team found that after a heart attack the mice that had received diallyl sulfide had 61% less heart damage in an area of risk, compared to the untreated mice.
The team presented their findings at the American Heart Association (AHA) Scientific Sessions conference in Orlando, Florida in November, 2011.
In another study, published in the Journal of Agricultural and Food Chemistry, scientists found that garlic oil may help protect diabetes patients from CARDIOMYOPATHY.
(CARDIOMYOPATHY  is the leading cause of death among diabetes patients. It is a chronic disease of the myocardium (heart muscle), which is abnormally thickened, enlarged and/or stiffened).
The team fed diabetic laboratory rats either garlic oil or corn oil. Those fed the garlic oil experienced significantly more changes associated with protection against heart damage, compared to the corn oil fed animals.
The study authors wrote “In conclusion, garlic oil possesses significant potential for protecting hearts from diabetes-induced cardiomyopathy.”
Human studies will need to be performed to determine whether they confirm the results of this study.

Researchers at Ankara university set out to determine what the effects of garlic extract
supplementation might be on the blood lipid (fat) profile of patients with high blood cholesterol. Their study was published in the Journal of Nutritional Biochemistry.
The study involved 23 volunteers, all with high cholesterol; 13 of them also had high blood pressure.
They were divided into two groups:
• The high-cholesterol normotensive group (normal blood pressure)
• The high-cholesterol hypertensive group (high blood pressure)
They took garlic extract supplements for four months and were regularly checked for blood lipid
parameters, as well as kidney and liver function.
At the end of the four months the researchers concluded “…garlic extract supplementation improves blood lipid profile, strengthens blood antioxidant potential, and causes significant reductions in systolic and diastolic blood pressures.

It also leads to a decrease in the level of oxidation product (MDA) in the blood samples, which demonstrates reduced oxidation reactions in the body.”

In other words, the garlic extract supplements reduced high cholesterol levels, and also blood pressure in the patients with hypertension.

PROSTRATE CANCER
Doctors at the Department of Urology, China-Japan Friendship Hospital, Beijing, China, carried out a study evaluating the relationship between Allium vegetable consumption and prostate cancer risk. They gathered and analyzed published studies up to May 2013 and reported their findings in the Asian Pacific Journal of Cancer Prevention.
The study authors wrote “Allium vegetables,especially garlic intake, are related to a decreased risk of prostate cancer”.

Scientists at the Institute of Toxicology, School of Public Health, Shandong University, China, wanted to determine whether diallyl disulfide (DADS), a garlic-derived organosulfur compound, might have protective effects against ethanol-induced oxidative stress.

Scientists at the Division of Epidemiology, Norwegian Institute of Public Health, wanted to find out what impact foods might have on antimicrobial infections and preterm delivery risk.

The study and its findings were published in the Journal of Nutrition. Ronny Myhre and colleagues concentrated on the effects of Alliums and dried fruits, because a literature search had identified these two foods as showing the greatest promise for reducing preterm delivery risk.

The team investigated the intake of dried fruit and Alliums among 18,888 women in the Norwegian Mother and Child Cohort, of whom 5% (950) underwent spontaneous PTD (preterm delivery).

Julia Fashner, MD; Kevin Ericson, MD; and Sarah Werner, DO, at St. Joseph Family Medicine Residency, Mishawaka, Indiana, carried out a study titled “Treatment of the Common Cold in Children and Adults”, published in American Family Physician.
They reported that “Prophylactic use of garlic may decrease the frequency of colds in adults, but has no effect on duration of symptoms.” Prophylactic use means using it with the intention of preventing disease.

Garlic helps you get your daily recommended intake of vitamin B6  or pyridoxine.

Getting enough B6 supports your metabolism, since the nutrient helps you break down the protein, carbohydrates and fats from your diet.

A serving of three garlic cloves contains 0.11 milligrams of vitamin B-6, providing approximately 8 percent of the 1.3 milligrams you need daily,according to the Linus Pauling Institute.

Your body relies on vitamin C to act as an antioxidant.

The nutrient protects your cells from oxidative stress, a type of tissue damage that accelerates aging and increases your risk of cancer

Vitamin C also helps you make collagen, a protein that keeps your teeth, bones and other connective tissues strong.

A 3-clove serving of garlic provides 2.8 milligrams of vitamin C. This represents approximately 4 percent of the recommended daily vitamin C intake for women, according to the Office of Dietary Supplements, or 3 percent for men.

VITAMIN B1
You also get a small percentage of your daily vitamin B1 or thiamin, requirements when you eat garlic.

Three cloves of garlic contain 0.02 milligrams of vitamin B-1, or slightly less than 2 percent of your daily recommended intake, according to the Linus Pauling Institute.

Thiamin helps you metabolize amino acids, the compounds your body needs to make protein, and it also helps you derive energy from food.

Adding garlic to your diet can play a small role in protecting against thiamin deficiency, a potentially fatal condition that damages your heart and nervous system.